Night opening of the Vatican Museums

The Vatican Museums, in the heart of Rome, host many of the most famous works of art in the world from painting to sculpture, going from archeology to contemporary art, in addition to the famous Sistine Chapel.

The evocative atmosphere inside the Museums is amplified at sunset time thanks to the evening opening from April to October. Don't miss the chance to experience a magical evening inside the Vatican!

Find out more about the Vatican Museums › 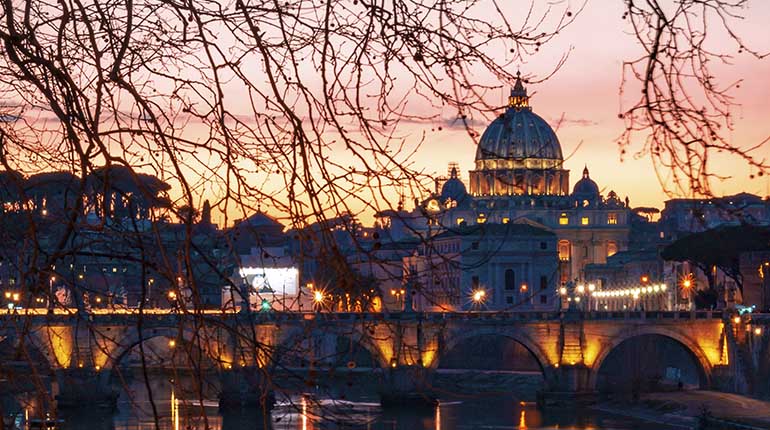 Inside the Vatican City State the Vatican Museums were founded by Pope Julius II in the sixteenth century to house the greatest works of art accumulated over the centuries by the Popes. They were opened to the public by Pope Clement XIV in 1771.

The Sistine Chapel and the papal apartments frescoed by Michelangelo and Raphael also form part of the large collection and can be admired closely by visitors who crowd the museums every year.

The entrance to the museums is from Vatican avenue, near Risorgimento square, if you are in Rome Do not miss this great casket of art!

5  min.
Discover the offers of ourguesthouses on the occasion of this event!
DISCOVER ALL THE EVENTS IN PROGRAM IN ROME: CONCERTS, EXHIBITIONS AND MUCH MORE!
our partner
follow us on